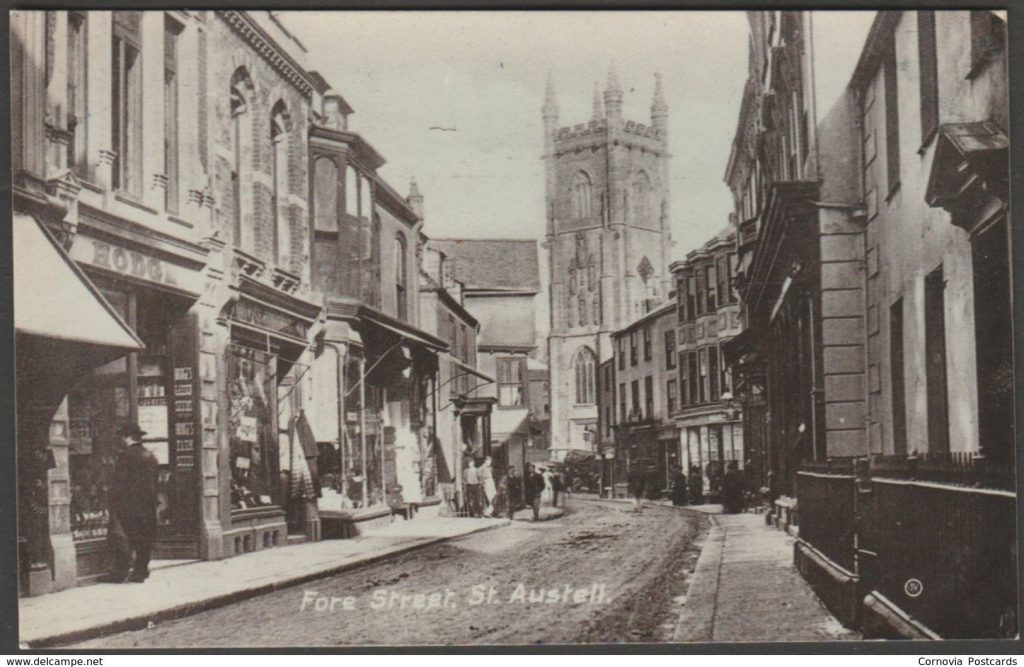 Whilst the park is closed and our plans are on hold, we thought you might like to know a little more about the history of our town, St. Austell!

St Austell takes its name from the Cornish “Saint Austol”.  It is not mentioned in the Domesday Book (1086), but first appeared in writing in the mid-12th century.

In the Middle Ages, St. Austell was a very small market town, and probably had a population of only a few hundred!  Nevertheless, it was the market centre for a large part of South East Cornwall.  As well as the weekly market, St. Austell held many fairs, which, in the Middle Ages, were like markets, but were held only once a year for just a few days.

During the civil war (1642-1646) St. Austell was in the hands of King Charles II. However in 1646, his forces faced defeat everywhere and the parliamentary army captured St. Austell on 3rd March 1646!

Like all towns in those days, St. Austell was very dirty and unsanitary, and it suffered from outbreaks of the plague, which struck in 1648 with devastating affects. Thankfully though, the town recovered and between 1791 and 1795 a man named Charles Rashleigh, created a port called Charlestown, near St. Austell, which is now famous for being the set for the popular television series, Poldark! 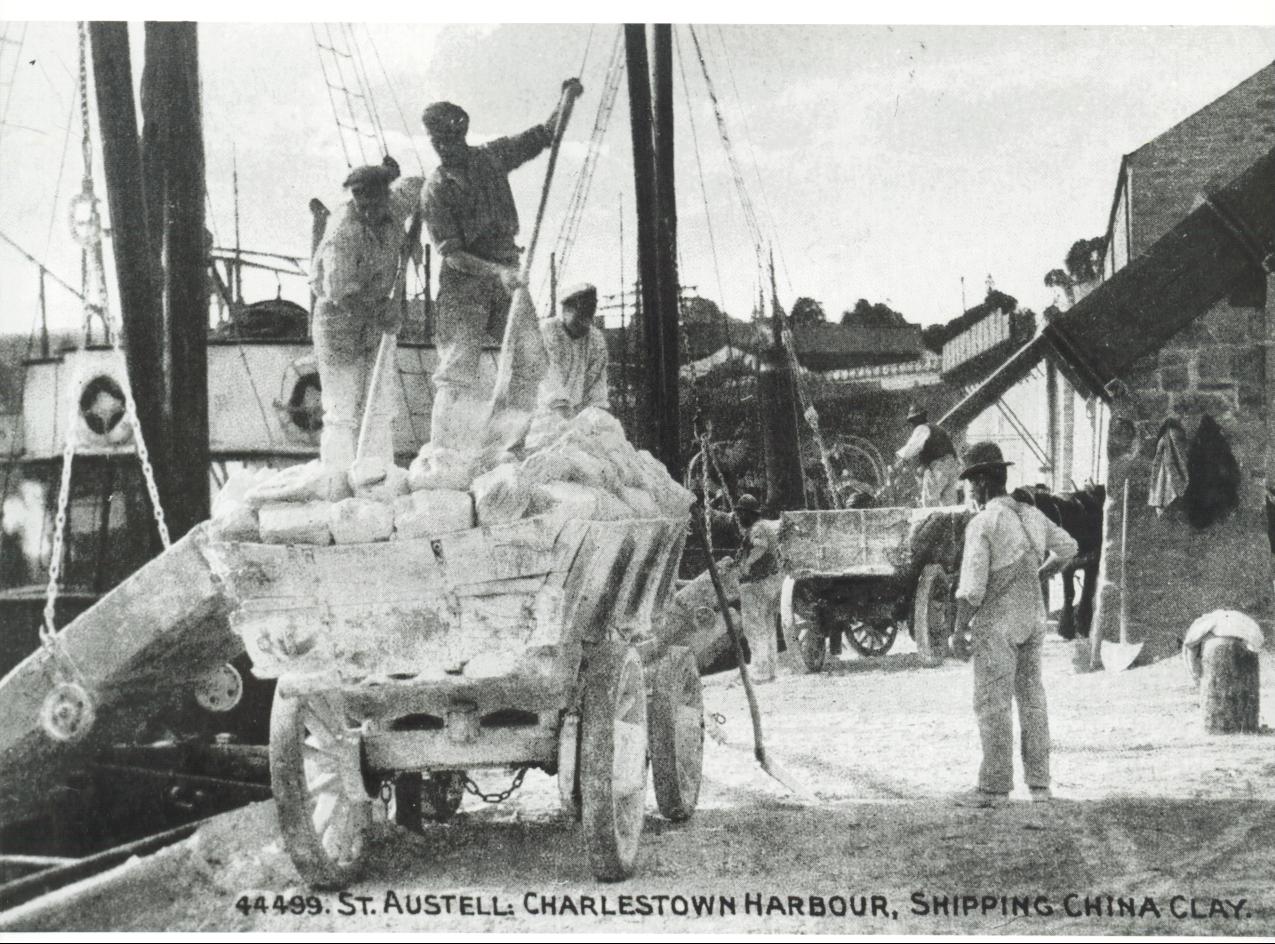 For thousands of years, tin mining was a huge part of Cornwall, and in recent centuries, there were many mines in the villages around St. Austell.  However from the late 18th century, St. Austell was famous for its white clay, so in the 1770’s, a man named William Cookworthy (1705-1780) began mining white clay at St. Austell.

Then, in 1782 the famous pottery manufacturer Josiah Wedgwood and a man named John Carthew, formed the “Cornish Clay Company”, and white clay mining in St. Austell boomed!  By 1860, 65,000 tons were being mined each year and the industry continued to grow and grow.

However, to produce the clay needed, for each tonne of useful clay, 9 tonnes of waste was produced.  The waste was left in heaps, which were jokingly called the ‘Cornish Alps’.

In 1829, a railway was opened from St. Austell to Pentewan to transport the clay, which was first operated by horses, but after 1874, steam was used.

In the 19th century, St. Austell continued to develop, and fast!  The Quaker Meeting House was built in 1829 and a workhouse was built in 1839. In 1842 an Act of Parliament created a body of men to regulate markets, so the Town and Market Hall was then built in 1844.  Assembly Rooms for dances and card games were built in 1846, and the local Board of Health was formed in 1865. Then in 1895, St. Austell was officially made an Urban Council.

Today, St. Austell also has Wheal Martyn Heritage Centre and one of St. Austell’s latest and largest attractions is the Eden Project, which opened in 2001.

Today St. Austell has a population of 27,000 and continues to be a popular tourist destination, enjoying a wonderful location close to the picturesque Cornish countryside and famous coastline! 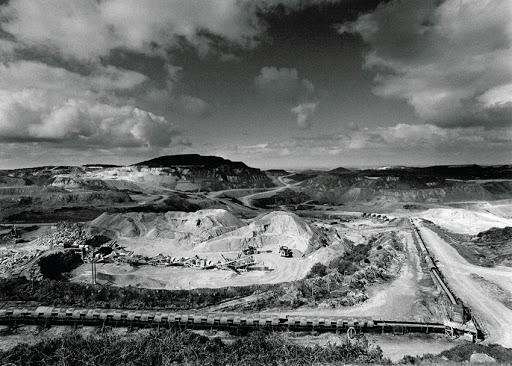 Was only there for 3 nights as was last minute booking, which they were very accommodating and helpful so didnt get to explore everything there was to on offer. Accommodation was spot on( we stayed in one of the cottages)and clean. I felt like it was a home from home experience. Would definitely recommend and go back again.